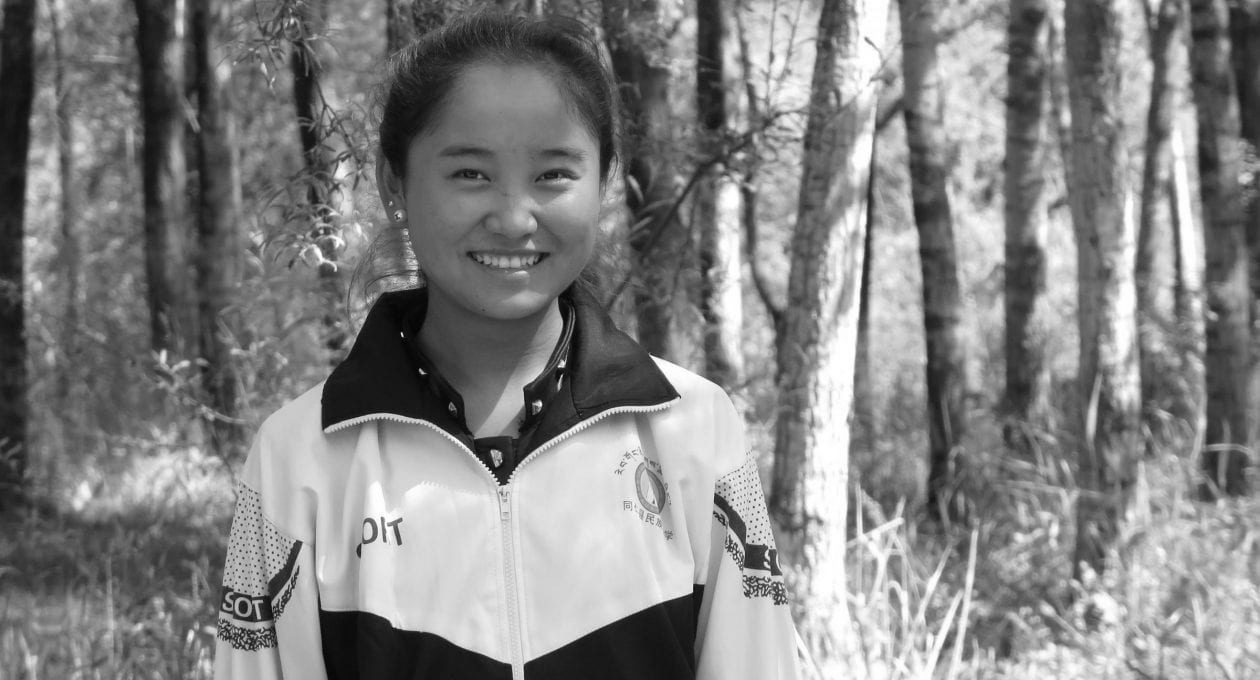 Established in 2005, our Tibetan Education programs focus on improving the lives of children on the Tibetan Plateau. Effective 2018, the programs are temporarily suspended due to changes in Chinese law, which began prohibiting most foreign NGOs from distributing funds within China. We remain hopeful that we will be able to reopen our Tibetan programs, which have helped thousands of children with their education and nutritional needs.

In some of the most remote locations on the Tibetan Plateau, orphaned and destitute children live and learn under harsh conditions. Angel Covers has supported girls at risk of child marriage to create a brighter future.

Girls in this program are often orphaned, while others come from families of impoverished nomadic yak herders, where the average family income is well below the international poverty level and the size of most families is six or more. These students show enormous academic potential and undergo a rigorous selection process including academic testing, personal interviews, recommendations from prior teachers, and demonstration of extreme financial hardship, in order to be accepted to our high school program. Many of them are the very first girls in their village to be accepted to high school and want nothing more than to be allowed to learn. We know that their mothers hold that same wish – for their daughters to be given an opportunity to receive a formal education that was never open to them. The local school curriculum includes language studies in Chinese, Tibetan, and English, as well as Tibetan cultural studies (history, literature, music, and art) in addition to the usual subjects of math, science, and history.

After high school graduation, some students have completed vocational school and become nurses, while others have pursued higher education and become skilled in traditional Thangka painting. Additionally, many of our students have passed the extremely competitive national college entrance exam and have been accepted to university. These college students have earned degrees in Tibetan medicine, music, Tibetan language and literature, and English and Chinese languages, as well as physics, geology, biology, engineering, and computer science. Many have returned to their home villages as doctors or teachers after college graduation, improving not only their own circumstances and that of their families but also improving the quality of life for entire villages and future generations. Our Tibetan education students are intelligent, ambitious, and determined young women who, once educated, are able to lift themselves out of poverty and give back to their communities. In all, more than 400 girls have completed their education through the Mama’s Wish Program.

Yaks for Remote Schools is a self-sustaining project that provides yaks to rural boarding schools for orphaned and impoverished children in the most remote locations on the Tibetan Plateau. These impoverished schools have few resources, leading to poor nutrition.

The purchase of yaks allows for the production of enough milk for the schools to make butter, cheese,  yogurt, and milk tea. The schools burn yak dung for heat and cooking throughout the year. The yaks allow schools to increase the amount of milk supplied to the children and/or increase the frequency in which they are able to receive it. Since 2006, the Yak Project has provided more than 325 yaks and dzomos (yak/cow hybrid) to more than 6,400 children in 19 different schools. Although some yaks were lost during harsh winters, many more yaks have given birth, resulting in a net growth of the project. We look forward to reopening the Yak Project as soon as possible so that more children can receive nutritional support to help them concentrate in school and keep them warm in winter.

Living in extreme climates creates great and varied needs. For fifteen years, Angel Covers has supplemented its Tibetan Education program with several projects as needs are identified. These projects provide both the individual and universal needs of schools and students.

The Tibetan Education programs have been an integral part of the Angel Covers story, and we look forward to returning to the Tibetan Plateau to reopen our programs as soon as possible.